Prep Girls Share a Wealth of Languages and Cultures

Over the past two weeks, the girls in the Prep School have been preparing excitedly for our World Languages Assembly.

They have sampled food from different countries at lunchtime and learnt greetings in a completely new language.

This week our assembly to celebrate the many diverse languages and cultures that enrich our school community took place. Each year group performed greetings in a different language, ranging from Greek in Year 1 to Bosnian in Year 6.

Then, small groups and individuals shared greetings, conversations, songs and poems in a variety of other languages. These comprised languages like Welsh, Punjabi, Arabic, Chinese and more unusual languages like Hebrew, Latvian, Shona, Nepalese, Tamil, Telugu and Singhalese, amongst others. In fact, it is estimated that there are approximately 24 different languages spoken by girls in Prep in addition to English.

Some girls also wore traditional clothing, brought in a cultural item to show to the rest of assembly or performed a little dance. The songs performed by Year 3 girls were beautiful. There was even a framed painting with Chinese script to enjoy!

The girls have now been challenged to take part in a Prep competition researching at least five facts about a language. These might be the country/countries where it is spoken, number of speakers, origins of the language, examples of the language and maybe famous people who speak that language. There will be prizes for the best ones and some will be displayed in school. The poster should be A4 size and suitable for display and should be submitted to Madame Hennous before half term, by 20th October.

It was a pleasure to be part of such a confident display of languages and cultures. It certainly has strengthened our understanding and admiration of one another. An enlightening and uplifting experience! Bravo les filles! 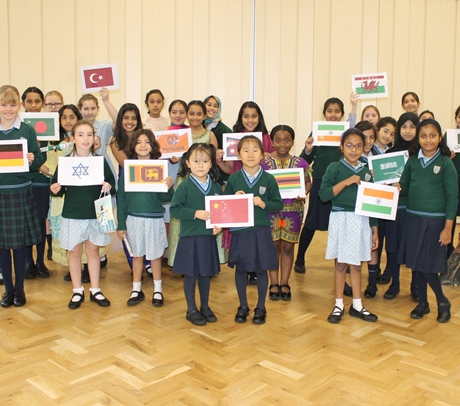 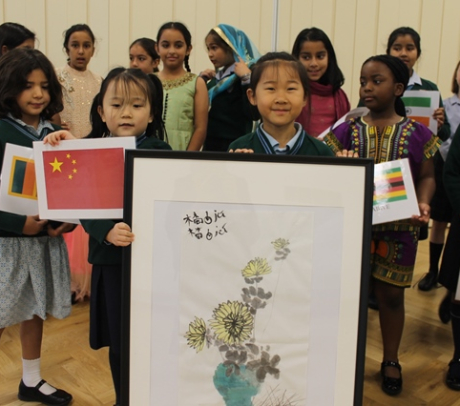 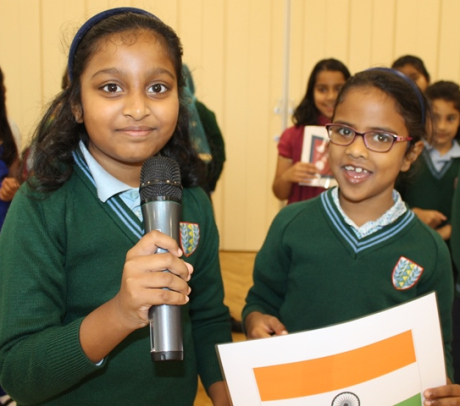 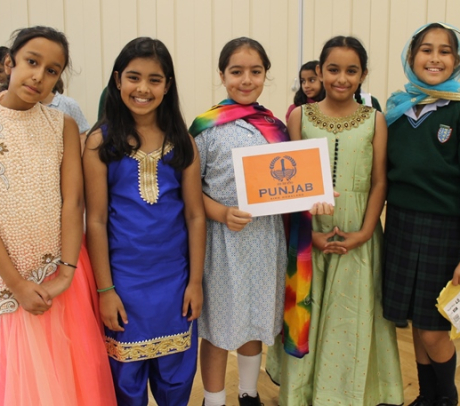 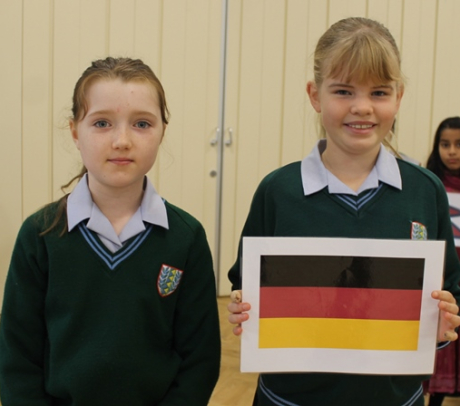 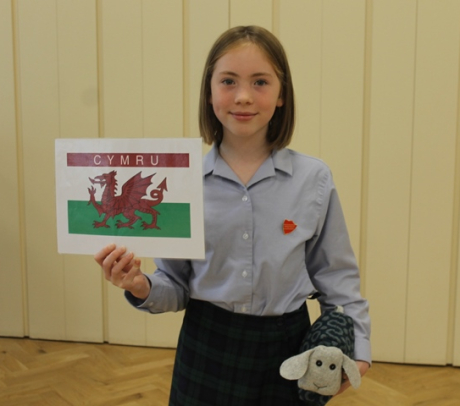 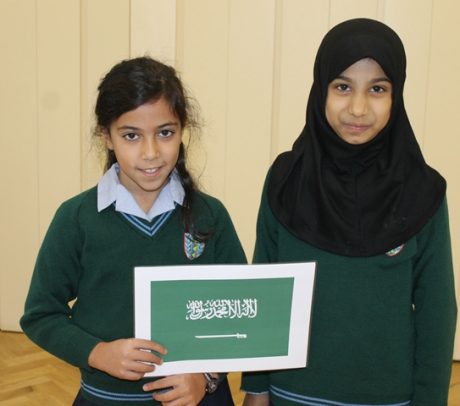 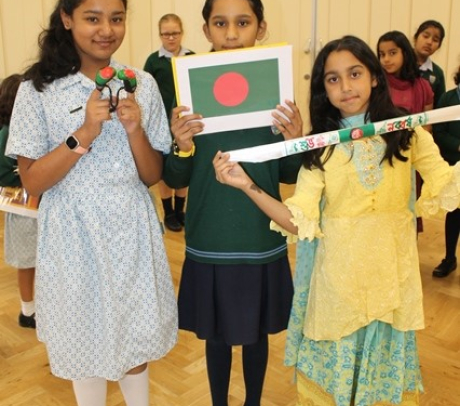