Year 11 and Year 13 Classics students were recently invited to partake in a Classical Conversation with Professor Constanze Güthenke of Corpus Christi College, Oxford.

During the thought-provoking discussion, Professor Güthenke made particularly topical links to the ancient world, notably with her comments about our irreversible new insight regarding Thucydides’ descriptions of the Athenian plague during the Peloponnesian War, given our recent experiences with Covid-19. She discussed the idea of ancient texts going in and out of fashion in accordance with different time periods; for example when the feminist movement was prominent, Classicists were more interested in seriously analysing some of Euripides’ plays like ‘The Trojan Women’.

As Classics students we were inspired to reflect upon the different ways in which ancient literature is interpreted, particularly with consideration to a Classicist’s upbringing and background; for example, how a different exposure to Classics at a young age might alter someone’s later ideas and associations with the classical world. The girls also began to consider how people from different countries might have different outlooks on ancient texts, for example those who have had personal experience of war might sympathise better with texts like Homer’s ‘Iliad’. The conversation also touched upon analysing history using sources other than those in the Graeco-Roman world, and why that should be important. Some students mentioned looking at the history of the Persian Wars from the Persian perspective rather than that of the Greeks; Professor Güthenke informed the girls that while the sources available from the Persians are in a very different format to the Greek sources, they should certainly still be considered.

It was overall a very enjoyable, riveting discussion, and the girls all thanked Professor Constanze Güthenke for her time; she truly gave the students food for thought. 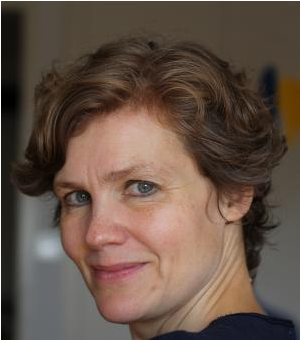