Geographers led a thought-provoking assembly on the COP26 summit in Glasgow that has been so heavily featured in the media recently. The girls had clearly worked hard to convey the importance of this conference of the parties who had signed the 1994 United Nations Framework Convention on Climate Change treaty, and the issues at play, breaking down the information in a clear, concise manner that was easily accessible to Senior School pupils across all year groups.

The students presented the key facts. Anna spoke about world leaders and change makers who had attended the COP26, Charlotte relayed the main aims of the summit and Diya outlined what had been agreed by the contributing parties: the promise to cut CO2 emissions, to stop deforestation and to divert funds away from fossil fuels, instead giving financial backing to cleaner energies.

The assembly ended with Abbie emphasising what we can all do to make a positive contribution to combatting climate change. Eating less red meat, walking, cycling, sharing lifts and taking public transport when travelling, choosing to buy products with less or no plastic packaging, reducing waste and choosing to repair, rent or buy second-hand clothes were all presented as realistic and achievable ways for all of us to make a difference, no matter how small.

Despite some controversies, such as criticism that the 400 private jets flying into Glasgow had in themselves emitted some 13,000 tons of CO2 into the atmosphere, students learned that outcomes from the summit had been overwhelmingly positive.

The assembly delivered an important and undeniable message for the pupils: that we need to act now, and that whilst the action was being taken by experts and politicians many years older than the pupils themselves, it would ultimately be down to their generation to take up the mantle, driving and implementing change to protect the planet for future generations. 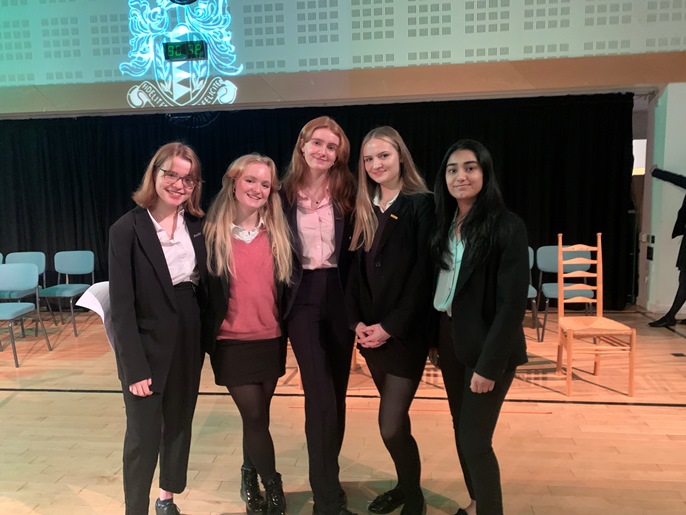