As part of our hugely popular ongoing EHS Talks series, this week students were given a glimpse behind the scenes and into the life of an actor thanks to Birmingham born and bred thespian, Simon Reeves.

Known to many for his roles in Casualty, Doctors, Crash and Call the Midwife, Simon generously gave up his time to talk to our students about life in the acting profession and the reality of working on hit TV shows. The talk was broadcast live on Teams on Thursday afternoon and students from all year groups got involved. Students had lots of questions at the ready and his answers were insightful and humorous!

Simon’s talk was the latest in our series of EHS Talks which take place each half term. The series is aimed at broadening horizons and introducing EHS students to a wide and varied range of ideas, issues, possible career options and experiences. Former EHS Talks have included Greenpeace activists, artists, medical and political leaders, as well as household names like journalist, Kate Adie and explorer, Sir Ranulph Fiennes. With the explosion in popularity of platforms like Zoom and Teams making it easier to reach people wherever they are, plans are now underway for an even more exciting programme of EHS Talks. Keep an eye on the website for more information... 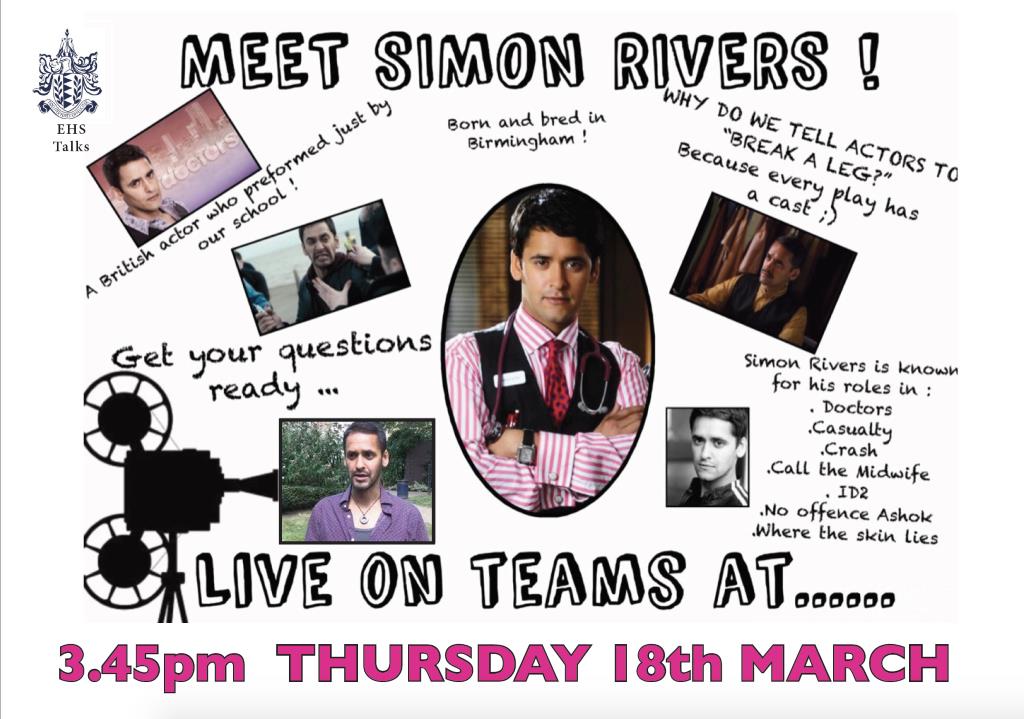