To infinity and beyond...

The atmosphere in the Prep School was out of this world as we staged our very own Space Day on Wednesday this week. Each year group engaged in a variety of off-curricular activities linked to our theme and we celebrated our activities at the end of the day with a special assembly.

Year 1 had a rare opportunity to hold samples of rocks from the Moon which were collected during one of the Apollo missions. Their faces showed nothing but delight and fascination when they were able to hold a meteorite which is older than our Earth. After learning a fun pneumonic to remember the planets in our Solar System they applied their artistic talents to create their own Space Rocks, Space Helmets and fruit rockets.

Along the corridor in Year 2 Mrs Eveleigh had to duck as she entered the room where the girls were testing their rocket straws. This open investigation was a great opportunity for the girls to test their budding investigative science skills. Other activities included reading “Man on the Moon: A Day in the Life of Bob” and creating Space Themed tiles with clay. This pupil led activity then grew into imagining what life on other planets could look like and creating clay aliens.

Year 3’s day started with explosions and dry ice with a special Science show which left many girls spellbound. The excitement did not stop there as the year group thoroughly enjoyed creating chocolate rocks (like those found on Mars) and building their own 3D constellations. A launch of their hand-crafted rockets completed their session in spectacular fashion.

Year 4 studied constellations. The end result of their work was a torch filter of their favourite constellation. The girls also spent time reading some fictional books written by former and current astronauts. After completing a book review, where no book was found to be less than 4 stars, they created their own versions of the book covers. One book, “Moustronaut”, inspired a Science enquiry activity ‘Rocket Mice’, which was enjoyed by all in the beautiful sunshine.

During assembly, several Year 5 girls presented their fantastic performance poetry. Earlier in the day, they had used equipment to determine the best material to make astronaut visors. The girls also engaged through webcam with a scientist at the Leicester Space Centre. Through him, the girls learned more about the International Space Station, how it has evolved over time and finally how astronauts experience everyday life when at the Space Station.

Meteorites was the morning focus for our Year 6 girls. They had a rare opportunity to hold a variety of meteorites. They also used equipment and applied their science skills to investigate the factors which affect crater size when a meteorite impacts the Earth. A highlight of this session was making edible meteorites. They rounded off their experience by gaining a deeper understanding of why astronauts need to be fit, before trying out their own training moves to test their own fitness levels.

Overall, the day was an amazing success. Each girl walked away with a few mementos of their special day and a peaked interest in this fascinating topic.

Prep Space Day is out of this world! 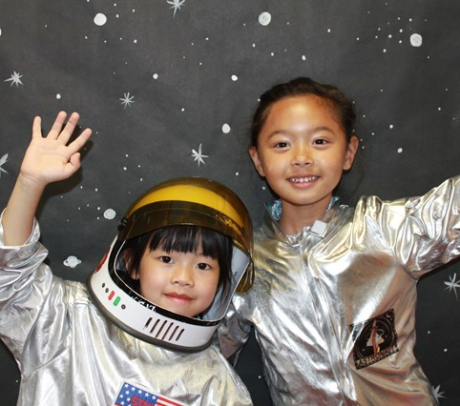 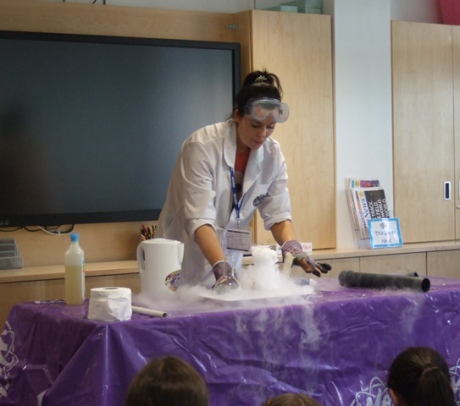 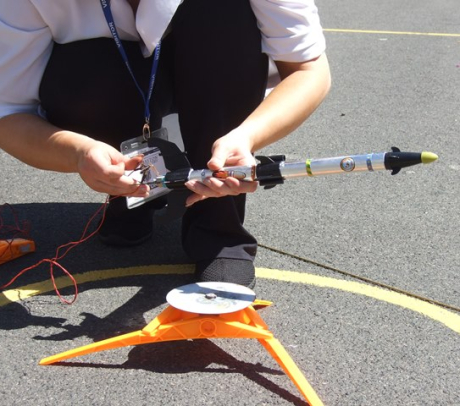 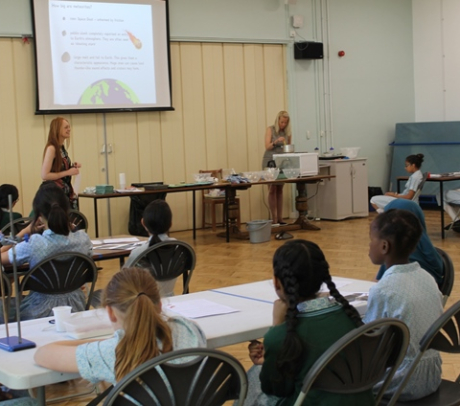 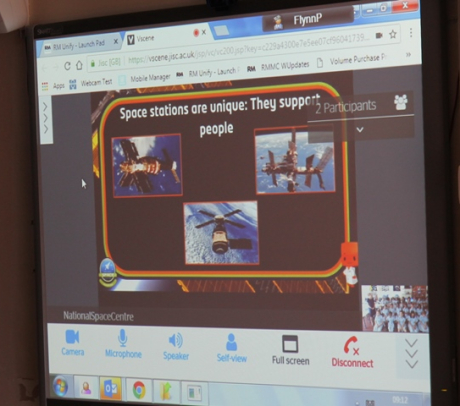 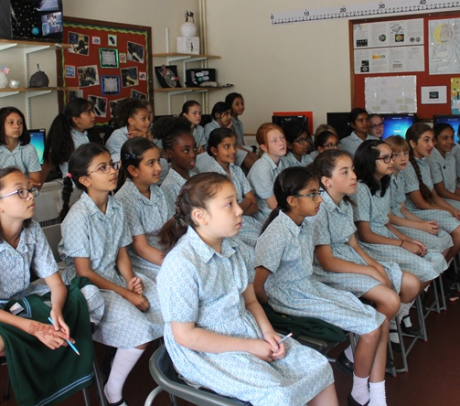 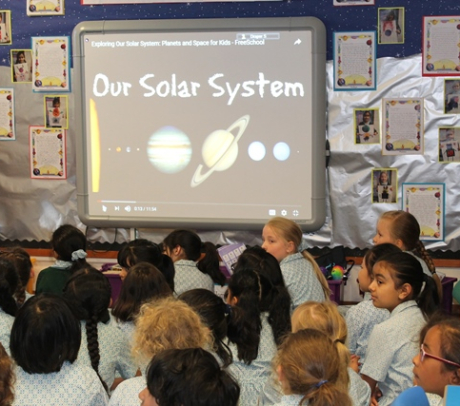 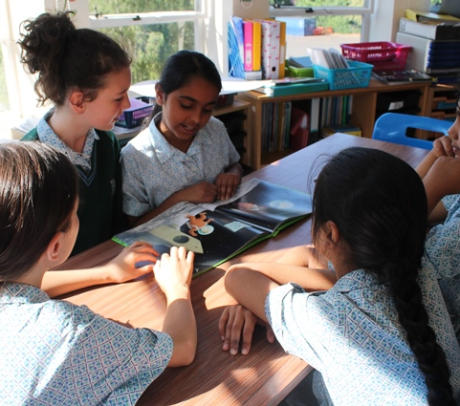 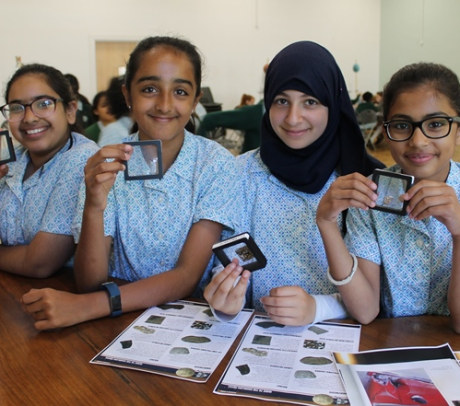 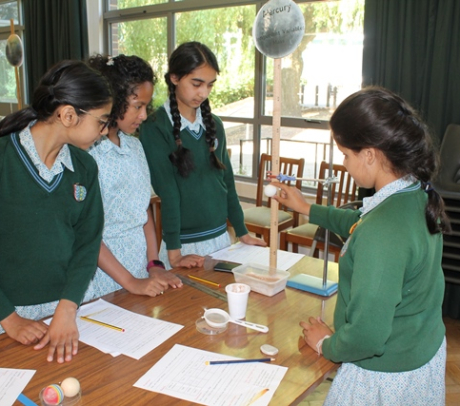 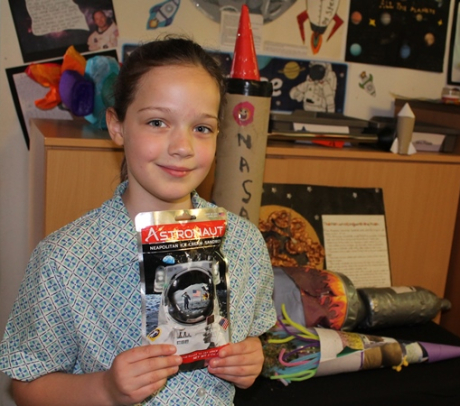 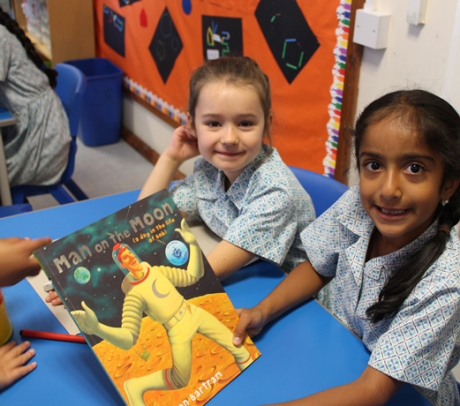 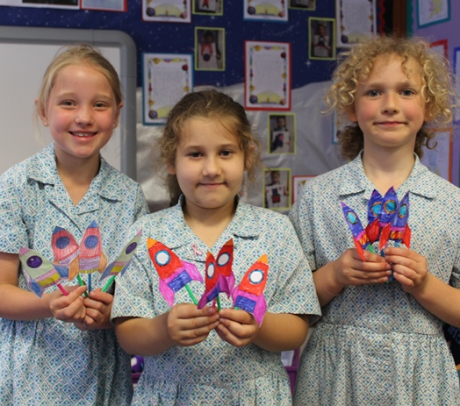 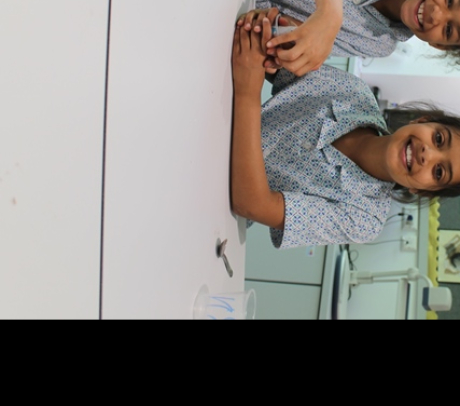 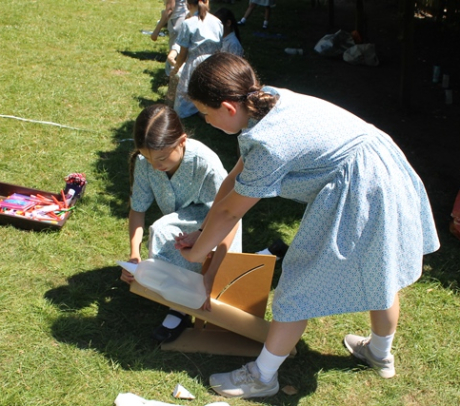