The heat is on in Saigon

Edgbaston High School’s ambitious staging of Miss Saigon took place between 25 - 30 November and has been a theatrical triumph. The cast and orchestra, numbering around one hundred people, dazzled sold out audiences with their polished and commanding performances, moving spectators to tears and leading to five consecutive standing ovations.

Throughout the five shows students from Edgbaston High School and male students from several local schools gave polished and commanding performances moving audiences to tears and leading to five consecutive standing ovations. For the first time in a Senior School production, two students joined us from the Preparatory school (Jessie Xu and Zoe Shi) to play the part of Tam, the son of Kim and Chris. Kim and Chris, performed by Amara McCracken and Tommy Fauweather, took us on a breath-taking journey from delirious happiness to unbearable sorrow. The Engineer, played by Francesca Fernando, was witty and fresh and made light relief of some very moving scenes.  Keerat Bharj, Fiona Mellow, Persia Shoja-Assadi and Isabella Birch gave impressive and moving performances of the characters Ellen and GiGi, while Jonathan Anderson and Tom Daniel made a huge impact in their respective roles as Jon and Thuy. The main characters were supported superbly by an excellent chorus and spectacular dance sequences which brought the full cast scenes to life.

Throughout the performances and during the rehearsal process all the performers relied on a massive team of students and staff back stage to help turn the exceptional singing and dancing into something that looked visually stunning. Many students assisted with Stage Management, ably directed by our Stage Manager student Martha Howells. Other areas included Props, makeup, hair, costumes, tech, publicity, photography, art and design, catering and front of house. Finally, students, staff, parents, volunteers and old girls joined professional musicians in the orchestra to provide the gargantuan instrumental accompaniment that underpins the drama on stage.

Throughout the planning and rehearsal process, a large staff team have been instrumental in enabling the production to look and sound as good as can possibly be achieved. To this end I would like to thank Mr Skilbeck for coaching the singers, arranging additional music for the band including writing the bows for the show and for his excellent encouragement and support. Mrs Ehiogu once again amazed us with her inventive choreography and stage direction while Mr Southall and Mr Berman ensured that the singers could be seen and heard at all times. Mrs Lucas provided the makeup including lots of blood (!) and Mrs Harris and Mrs Coley ensured the students were dressed appropriately for the changes of scene in lovely costumes. The Art Department once again excelled and produced the most wonderful programmes, posters, decoration around school and props thanks to Mr Dukes and Miss Mullet.  Mr Lane proved characterisation coaching which greatly helped the principal characters and Miss Lawrence was for ever on hand to assist Mrs Ehiogu with the dance numbers. Mrs Syer and her World Challenge girls created a Vietnamese feast for Saturday’s final gala night and lots of money was raised for the World Challenge cause. The fantastic sets and lighting were created especially for the school by Mr Andrew Exeter. Mrs Batchelor ensured that guests were greeted every evening and assisted greatly with logistics such as risk assessments and fire safety.  Many members of staff assisted with the orchestra and performing in the opening of Act 2, ‘Bui Doi’, including Mrs Jarvis (cello), Mrs Howell (piano), Dr Haining (flute), Miss Archer (flute), Jadie Carey (cello), Martha Anna Brookes (trombone), Phil Brookes (bassoon), Mr Berman (voice), Mr Stuart (voice) and Mr Passey (voice).

I would like to extend my thanks and gratitude to all involved and congratulate the students on pulling off the most stunning performance I have ever witnessed in a school. The level of ability was summed up perfectly at the Gala Performance by Guest of Honour and Star of ‘Hamilton the Musical’, Olivier Award Nominee Mr Cleve September – ‘We have seen stars of the future on this stage tonight’!

My most sincere thanks and congratulations to you all.

All images courtesy of Ty Singleton. 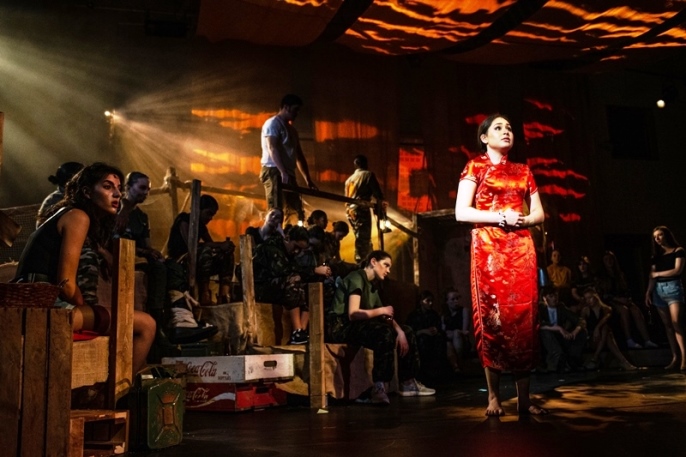 The heat is on in Saigon 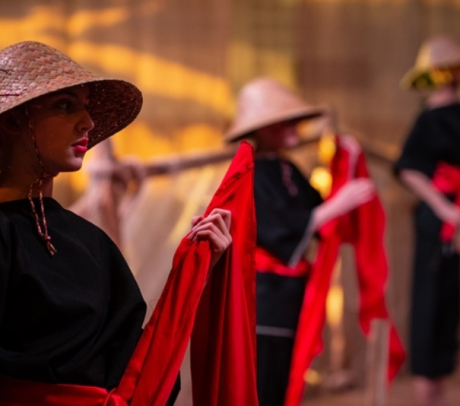 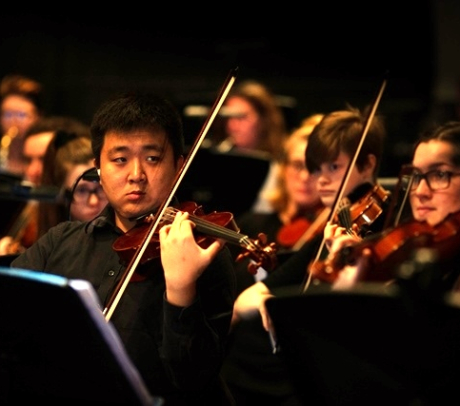 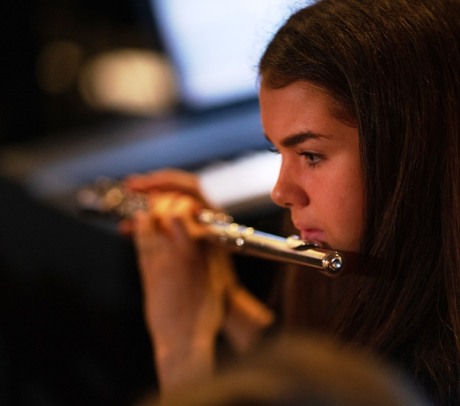 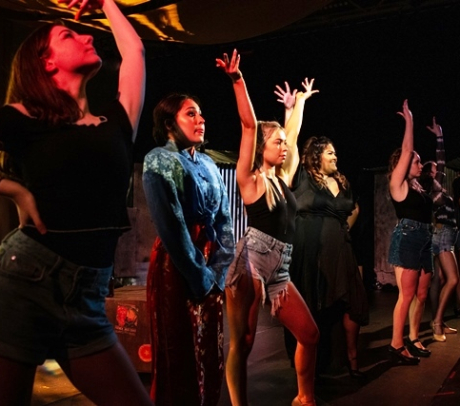 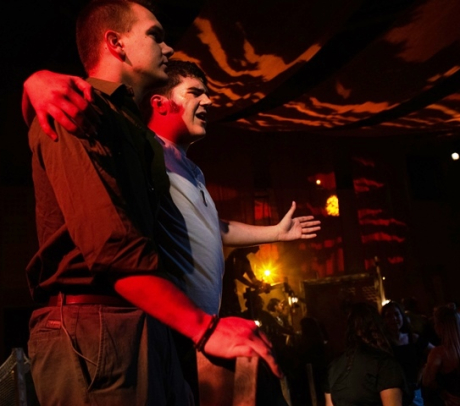 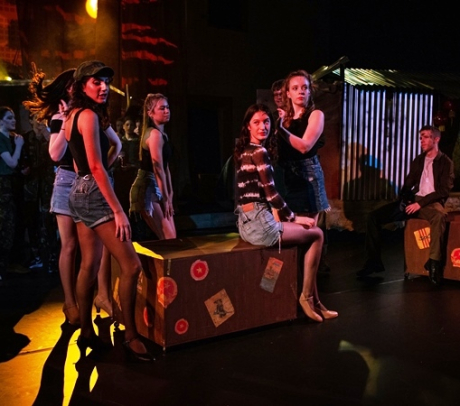 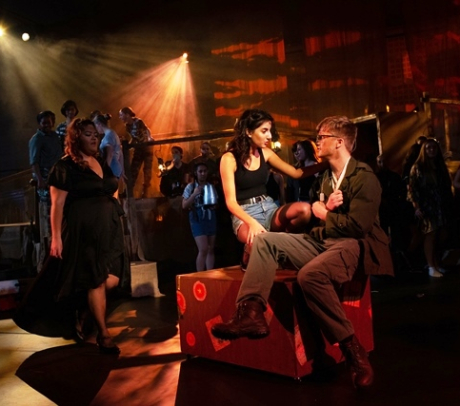 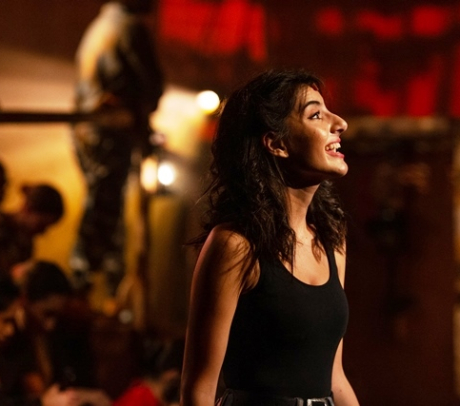 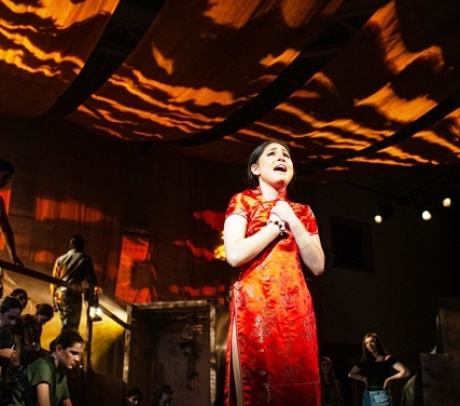 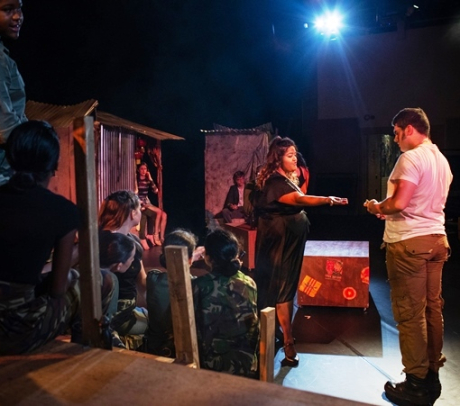 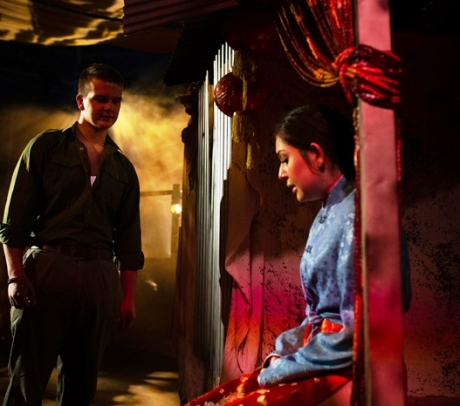 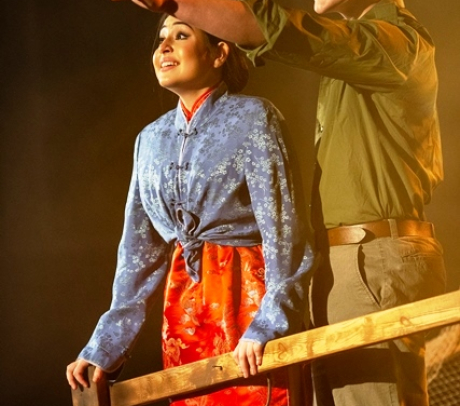 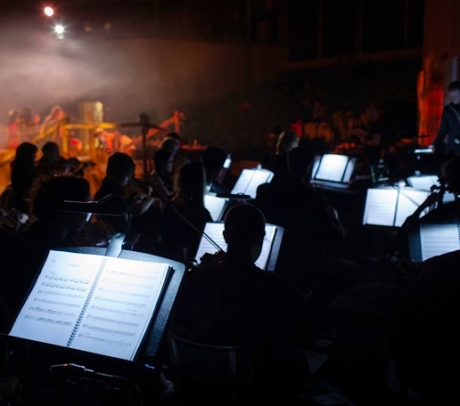 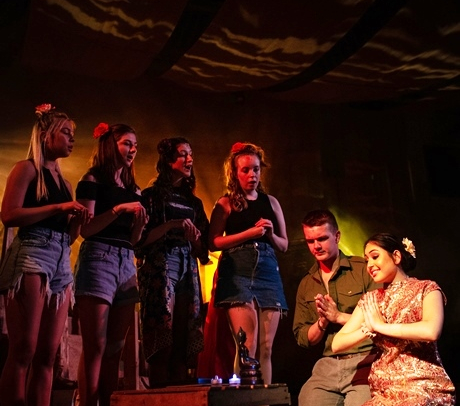 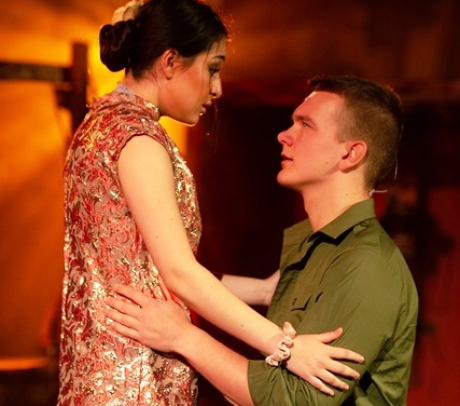 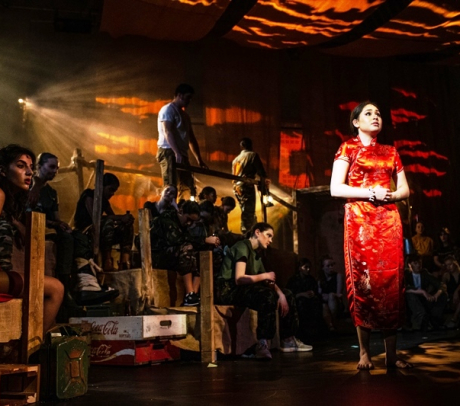