This week, Miss López and I took the Sixth Form Spanish students to the Crescent Theatre in Birmingham to watch a performance by the Cervantes Theatre Company from London of ‘La Casa de Bernarda Alba’, written in 1936 by the Spanish poet and playwright Federico García Lorca. He was one of the greatest Spanish writers of the 20th century. He was killed by nationalist troops at the age of 38 at the beginning of the Spanish Civil War and two months after completing ‘La Casa de Bernarda Alba’.

This is the text that A level Spanish students study in their second year, and it is a very relevant play that explores themes of repression, passion and conformity through the depiction of a matriarch’s domination of her five daughters. Described by the author as a ‘drama of women in the villages of Spain’, the deliberate exclusion of any male character from the action helps build the high level of sexual tension that is present throughout this masterpiece. The play was first performed in Buenos Aires, Argentina, in 1945. It was banned in Spain until 1963, partly because of its political implications and partly because the behaviour and language of the characters was regarded as shockingly immoral.

The play was performed in Spanish throughout with English subtitles to aid understanding of the core vocabulary. All girls found the experience useful, but particularly the Year 13 students, who remarked how helpful it was to be able to visualise the play in order to further their understanding. We hope that all girls involved benefitted from this opportunity and that it will have a positive impact on their analytical skills in future essays.

My most sincere thanks to all girls involved for their impeccable behaviour, and to Miss López for agreeing to accompany the group on a rather damp afternoon. 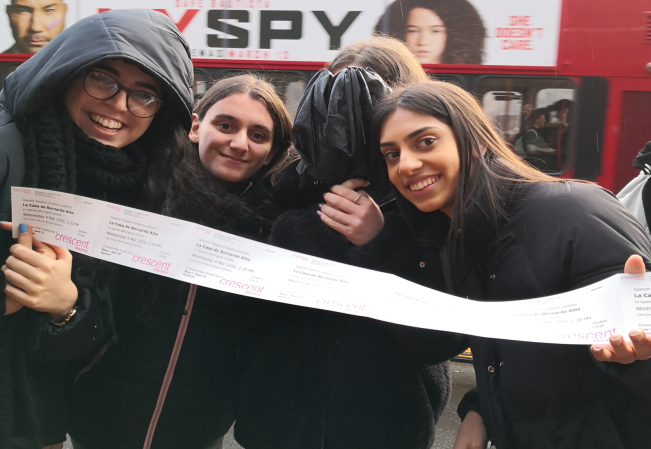 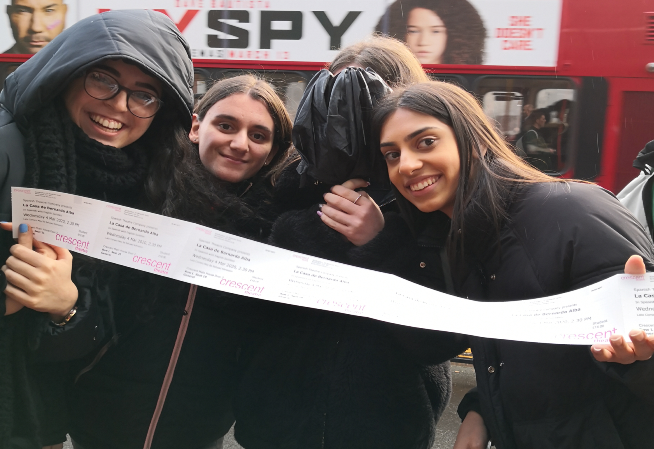