Don't know what to read next? Stuck reading the same books over and over? Want a suggestion you can trust? These top picks will include books from all genres, new or old, and are hand-picked by the librarian to pique your interest. The best bit is they are all available in the school library.

White Rabbit, Red Wolf - by Tom Pollock - suitable for Year 9+
‘White Rabbit, Red Wolf’ is a taut thriller about murder, maths and the mind. Peter Blankman is afraid of everything and must confront unimaginable terror when his mother is attacked. Seventeen-year-old Peter Blankman is a maths prodigy. He also suffers from severe panic attacks. Afraid of everything, he finds solace in the orderly and logical world of mathematics and in the love of his family: his scientist mum and his tough twin sister Bel, as well as Ingrid, his only friend. However, when his mother is found stabbed before an award ceremony and his sister is nowhere to be found, Pete is dragged into a world of espionage and violence where state and family secrets intertwine. Armed only with his extraordinary analytical skills, Peter may just discover that his biggest weakness is his greatest strength.

I Am Thunder - by Muhammad Khan - suitable for all
‘I Am Thunder’ is the story of fifteen-year-old Muzna Saleem. She is used to being invisible. So no one is more surprised than her when Arif Malik, the hottest boy in school, takes a sudden interest. But Arif is hiding a terrible secret and, as they begin to follow a dark path, Muzna faces an impossible choice: keep quiet and betray her beliefs, or speak out and betray her heart. I Am Thunder is the debut novel from stunning YA voice, Muhammad Khan, which questions how far you'll go to stand up for what you believe.

I have no secrets - Penny Joelsen - suitable for all
‘I have no secrets’ is the story of Jemma, a fourteen-year-old with severe cerebral palsy. Jemma knows who did the murder. She knows because he told her. And she can't tell anyone. Unable to communicate or move, she relies on her family and carer for everything. She has a sharp brain and inquisitive nature, and knows all sorts of things about everyone. But when she is confronted with this terrible secret, she is utterly powerless to do anything. Though that might be about to change... A page-turning thriller seen through the eyes of a unique narrator, this is a truly original, heart-rending and compulsive book for young adult readers. Perfect for fans of ‘Wonder, The Curious Incident of the Dog in the Night-time’ and ‘Looking for JJ’.

We are all made of molecules - Susin Neilsen - suitable for all
‘We are all made of molecules’ is Neilsen’s heart-warming novel about Stewart and his family. He’s geeky, gifted and sees things a bit differently to most people. His mum has died and he misses her all the more now he and Dad have moved in with Ashley and her mum. Meet Ashley. She’s popular, cool and sees things very differently to her new family. Her dad has come out and moved out - but not far enough. And now she has to live with a freakazoid step-brother. Stewart can’t quite fit in at his new school, and Ashley can’t quite get used to her totally awkward home, which is now filled with some rather questionable decor. And things are about to get a whole lot more mixed up when these two very different people attract the attention of school hunk Jared... 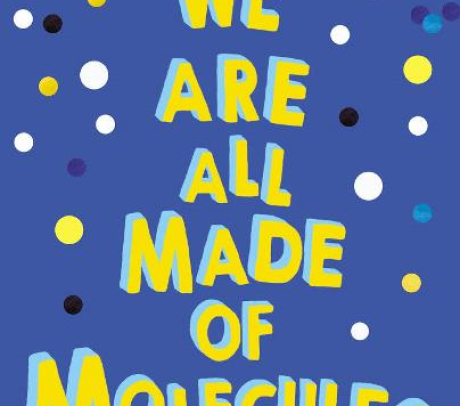 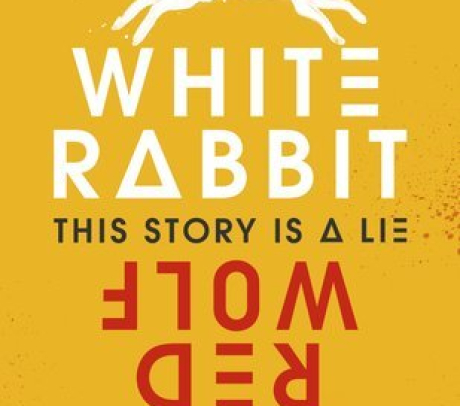