An interview with Dr Imafidon

To celebrate STEAM Day and the wonderful world of Science, Technology, Engineering, Arts and Mathematics, EHS was proud to invite Dr Anne-Marie Imafidon to speak to us. She is a woman on mission to do things differently: to challenge, to inspire, to innovate.

Anne-Marie is one incredible woman. A child prodigy who aged 10 had already gained two GCSEs in Mathematics and Computing as well as having an impressive six languages under her belt. Then at the age of 11, she was named the youngest girl in the country to have passed an A Level in Computing. This in itself is inspiring because at such a young age she had the desire and curiosity to know how and why things work.

Anne-Marie went to Oxford University, worked in banking and then followed her dream in helping other women work in this sector by founding and becoming CEO of Stemettes in 2013, a social enterprise promoting women in STEM careers. The company supports and encourages young women through presentations, workshops and hackathons. At the heart of Stemettes is a determination to challenge social norms and Anne-Marie is dedicated to changing the narrative that STEM disciplines should somehow ‘belong’ to boys and men. She is an empowering female pioneer in the world of Mathematics and Technology, giving presentations and talks to the biggest technology giants in the industry today.

We heard a lot about the fantastic work that Anne-Marie has achieved in these fields and her determination to make her mark was infectious. She shared with us her thoughts and insights on significant technological developments, including robots, artificial intelligence and driverless cars - topics in the news right now that will definitely be changing our futures. Everyone at EHS also liked the idea of having the technology available to turn any space into an ‘emergency party room’ and we are going to pursue discussions with Mrs Macro on this one.

There was also the opportunity for us to ask Anne-Marie some questions after her talk and what stood out the most was that she was really humble and relatable. She encouraged us to follow our passions too and we hope you enjoy reading what she had to say.

How would your friends describe you in three words?
Very, very funny.

What is the biggest misconception about you and how do you redress it?
People think that I am a geek and that I am constantly swatting up, reading books. I am not like that at all. I like Maths and I like understanding how things work. That passion was my driving force. But, I like people too. For me, it was never about having amazing grades, it was about finding out how things work and helping other people understand that too.

Who were your role models growing up?
I didn’t really have a role model, as there weren’t many in my field and so I kind of became my own role model. Humans aren’t very logical and logistical by nature. I am a logical person. I wanted to know why things work. We need more people to work on being logical too.

How do you cope with being a woman in a man’s world?
My advice for girls would be that you must just take a step into a man’s world, and be confident to do so! In the conference room, around the table, where the big decisions are made about technology and innovations, women have to have a seat. The biggest challenge is that we need to be sitting around that table. We have to be there to get our voices heard.

Otherwise, mistakes will be made - for example when they initially made and tested car seat belts, they only tried them out on men. This meant the early versions of seatbelts were safe…. for men. A lot of women and children actually died because they hadn’t tried the seatbelts out on the whole range of people who would be using them. It is a scary thought if women are not having the discussions around the table.

Explain what is so cool about being a STEMETTE.
It is all about inspiring the next generation of females in STEM and showing them the women who are working in it already. It gives girls and young women opportunities, and my advice is we should all take every opportunity we can get! With Stemettes, you get to sit down with someone who is already in the industry and you can talk about your skills, your goals and the opportunities we can find for you. We work towards the ultimate goal of ensuring women are proportionally represented in their field.

Who would be your dream dinner party guests?
One of the women I respect is Katherine Thomas, an American mathematician and NASA employee who was critical to the success of US spaceflights. She was the woman who mastered really complex mathematical calculations about flight trajectories, launch windows and return paths to space. She is portrayed in the film ‘Hidden Faces’ which you should all watch.

The second woman is Stephanie Kwolek who accidentally invented the material now used for bulletproof vests. She was working with synthetic fibres and made a mistake. This mistake lead to the material we now use to save thousands of lives.

Who is the most famous person you have on your phone?
I think that has to be my friend John Briggs. You might not know his name but I am sure you will actually have heard his voice. He is the voice of Siri!

Describe your dream day off from work.
I love food. Everyone in the tech world gives you free food. My dream day would involve lots of food.

And finally, can you give everyone at EHS a life motto to live by?

Well, that’s an interesting question and I have two for you. The first one is for right now – like Stephanie Kwolek, make mistakes; make mistakes every single day!

And the second one is for the future. In school you spend a lot of time asking permission to do things. And yet when you leave school, you can change that mentality quite quickly. I love the ideology of Grace Hopper, an American computer scientist. Grace said, “It’s easier to ask forgiveness than it is to get permission”. In your life you should just do the things you want and the things you believe in. You shouldn’t always feel the need to ask permission – just go out there and do it.

An interview with Dr Imafidon 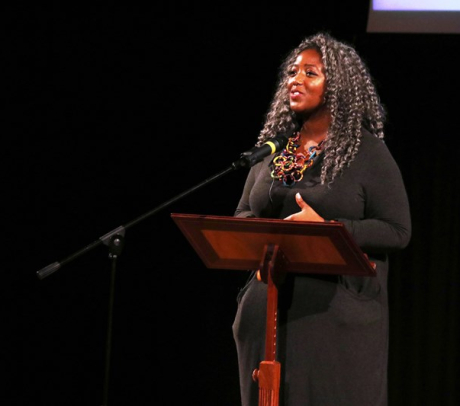 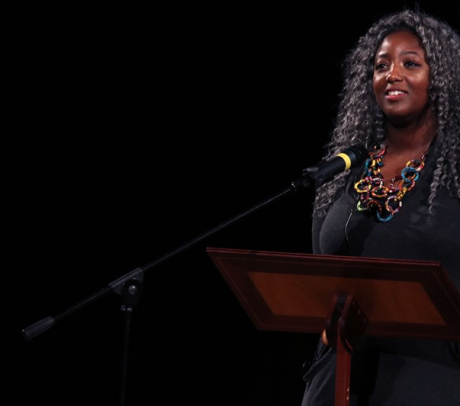 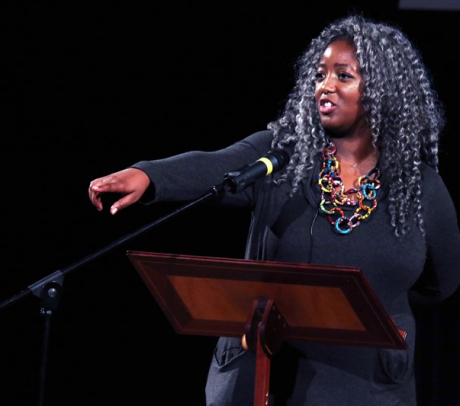 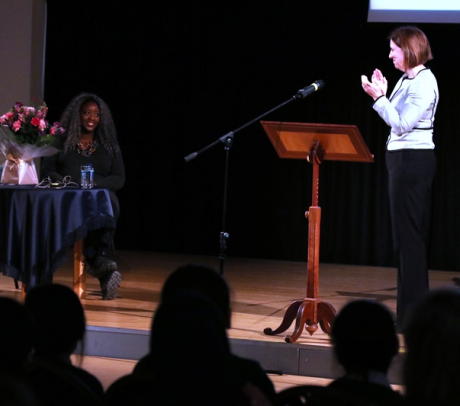 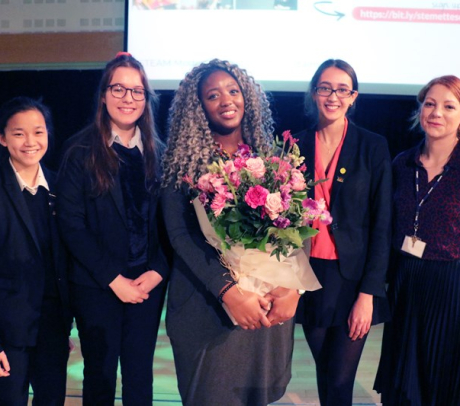