Insight into the life of an Artistic Director

Sophie Barrett (EHS 2011) returned to school this week to talk to pupils about her career pathway to becoming an Artistic Director working in the television and film industry. During her engaging talk, she spoke about the value of making and using connections to gain work experience in the field and was a fantastic example for the girls.

"I didn’t know what this role was whilst I was at school, and I didn’t know I had these sort of career options available to me. An Art Director heads up the Art Department on a filming set. The role means that you project manage the biggest department on a filming crew, and you work to ensure that the film or TV programme has a unique aesthetic identity. I design sets, source props, decide on the interiors and furniture for locations, and create graphic designs for everything ranging from shop fronts to birthday cards. Unless we have product placement we have to create everything you see on screen from scratch, so we’re essentially conjuring up a make-believe world where every single thing you see has been carefully designed. Once we start filming, I direct the composition of each camera shot. I ensure the background looks great, consider the practical lighting, introduce foreground, ensure the actors handle their props according to continuity and basically make sure every shot visually reflects the tone of the scene, be it gritty, fun or beautiful.

"I wasn’t sure what career I wanted to pursue while I was at school. I was incredibly indecisive and I was equally passionate about English Literature and Art, which unfortunately aren’t necessarily considered safe or vocational subjects. I got into Lancaster University to study Fine Art, then had a panicked change of mind, and after one year I changed my degree to English Literature. That sounds ironic as I’m now an Art Director, but my job means I get to break-down scripts and consider how to visually interpret them, so I feel I am getting the best of both worlds with my two favourite subjects.

"I had an ‘end of first year at university’ crisis because I had no idea what I was going to do once I left university, and I spent one afternoon applying for every work experience option under the sun, including accountancy firms, law firms, and the BBC, on a complete whim.

"I was offered a month of work experience on CBBC’s Blue Peter, where I started earning my stripes making teas and coffees, and eventually I started pitching ideas for the ‘make’ part of the show, where they famously say ‘here’s one I made earlier’, and I became the model maker and director for that section of the show. I was offered a full-time job, and because my university subject luckily had low contact hours, I commuted from university to BBC Salford and managed to straddle both commitments.

"I then became a graphic designer on BBC ‘A Question of Sport’, which I must thank Mr Dukes for, because he enabled me a solid grasp of photoshop, which I was able to develop in my new role. I created the on-screen graphics and filmed and edited the ‘Mystery Guest’ section of the show.

"I spent days off and weekends hungry for more experience, and by applying for jobs (and thanks to the recommendations of superiors whom I has already met), I spent days on the X Factor, Britain’s Got Talent, Dickinson’s Real Deal, Mastermind, Dragon’s Den, building up my contacts. Once you have made connections, the phone really does start to ring, and I started getting Art Department Assistant jobs on low budget feature films and horror films.

"Once I graduated, I applied for a Props position on BBC One’s Casualty in an attempt to break into TV drama, which I have always considered to be the most exciting industry because it is entirely separate from reality and it involves storytelling and scene setting. After two years there I was promoted to Art Director.

"Since then, I have worked on a freelance basis on Casualty, BBC Holby City, ITV’s Midsomer Murders, the children’s Christmas film ‘Nativity Rocks’, EastEnders, Dr Who, Keeping Faith and Cold Feet.

"I’m currently working on Casualty. I’ll receive an early draft of the script and work with the producer, director, medical advisors, stunt coordinators and editorial departments to rework it so that we can transform it from written word to a practical shooting schedule and then into a rich and exciting episode. We cover some challenging storylines and therefore I feel quite proud that we bring issues to public attention.

"With the help of the designer, I’ll design sets for things that we can’t always find safe or practical locations for. We have created ceiling collapses in the studio, and built safe platforms with mechanical roofs that give the impression of collapsing, and worked with special effects to create mini-explosions of bricks and mortar all made from soft foam and painted by scenic decorators to look realistic. A huge part of the job is facing challenges and coming up with practical solutions.

"We use some pretty amazing tools: cobweb spray, fake blood, rust spray and dirty down to age furniture and wallpaper, mould and damp spray, snow machines and rain machines, smoke machines. This job made me realise that you can pretty much get anything in a can!

"The industry has traditionally been very male-dominated, but even in the last five years I have noticed a shift where corporations are working hard to embrace female talent, and I have worked with a plethora of fantastic female directors, camera operators and sound recordists to name a few.

"There are so many different roles, as indicated here, suiting different skill-sets and personalities. Some study at film school, and go to university to study television and film production. Some don’t go to university, but look for runner or assistant jobs upon leaving school. And many, like me, studied a subject at university that they were interested in, and then worked their way into the industry by gaining experience. For me, this is an industry that isn’t quietening down, but only growing, with the development of Netflix, Amazon Prime and more recently Apple TV, and it’s a really exciting time." 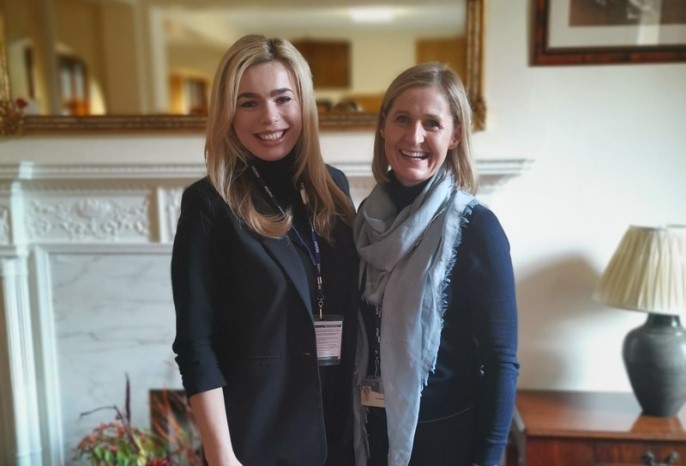 Insight into the life of an Artistic Director 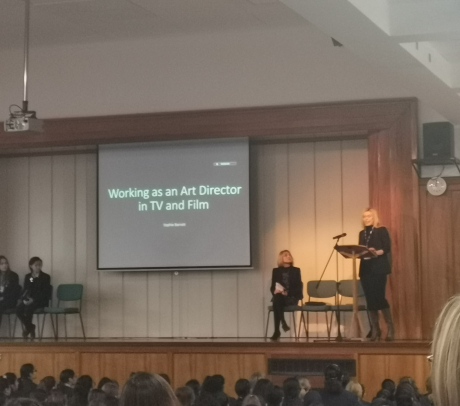 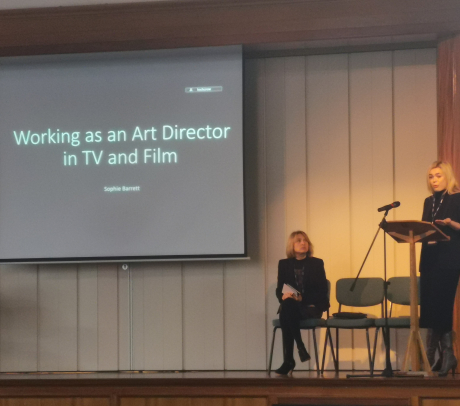