In the classroom, Year 10 have been investigating differences in quality of life in Birmingham, in preparation of evaluating their GCSE human fieldwork. Last week, in a bid to put their independent learning and analytical skills into action, GCSE geographers from Years 10 and 11 visited Balsall Heath and Dickens Heath to observe and compare housing in relation to the Burgess Model.

“At 9:30am, keen and eager to go, we set off to Balsall Heath, south of Birmingham City Centre. We split off into our own small groups and observed the types of housing and facilities on offer in the area. We were surprised to see that the terraced houses in Balsall Heath (located in the inner city) had front gardens and ample greenery, a feature that did not fit the Burgess Model we had been studying.

“After completing environmental and housing surveys in Balsall Heath, we headed south to Dickens Heath, which is in the outer suburbs. Here we were surprised to see a mix in the type of housing, despite guidelines laid out in the Burgess Model. Dickens Heath represents the outer suburbs, so we were anticipating large detached houses and fewer shops, however we realised that this area actually had a mix of housing from large detached houses to modern terraced houses and greenery. We also recorded its array of small shops and amenities, such as Tesco Local, restaurants and beauticians. After completing environmental and housing surveys on three different roads, we took delight in visiting Costa where we indulged in snacks and drinks!

“We arrived back at school for lunch. In the afternoon, we collected secondary data to conclude our Human Fieldwork data collection.

“We would like to say thank you to our teachers who supervised us on this trip: Miss Massey, Mrs Crimp, Miss Wood, Mrs Egan and Mrs Norman.” 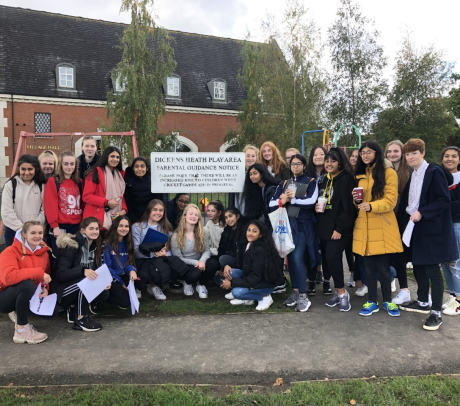 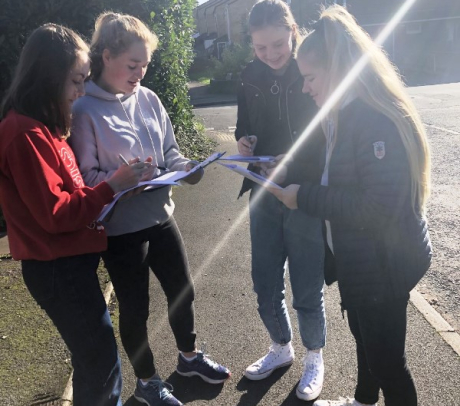