On Thursday 16 January 2020, a group of Year 12 A-Level English Literature students went on a trip to London to learn more about the play they were studying, Richard III, and the fascinating Elizabethan era.

The day was kick-started with an early meet in Grand Central as we were booked onto the 9:30am train to London Euston. Arriving there at 10:15, we had a quick stop to load up on beverages and snacks which we were certain we needed for the rest of the day!

After a brisk walk along the River Thames, we arrived at our first stop, the Shakespeare Globe Theatre where we would go an in-depth tour. Our guide explained to us the journey of the American actor Sam Wanamaker who wanted to build a replica of Shakespeare’s famous theatre. We learned about the Elizabethan era and the significant historical developments in theatre at this time. We were able to move around the different parts of the theatre which allowed us to view the many distinctive features the Globe has to offer such as the roof trap door that was able to open and close in order to lower objects and even people down. We were also able to experience first-hand what it would be like to see the main stage from different locations, as people from different social classes in Shakespearean society did, moving from the worst seats to the best.

After a quick lunch break, we then went into the Sam Wanamaker Playhouse where we would watch the 2 ½ hour live performance of Richard III.  On first entering the room, we were able to get a view of how indoor theatres would have been built, in small areas, the only source of light in the room being candlelight, which the actors used to their advantage as a way to create atmosphere and drama.

The production itself used many modern features, for example the use of cans of fizzy drink and the main protagonists of the play, including Richard and King Edward being played by women and Margaret by a man, in this typically ‘old-fashioned’ play which gave us a refreshing insight into the different ways this play could be performed. The limited number of stage directions allows directors to use their creative license to perform the play from their personal view,

For the remainder of the time left before we had to catch the train back to Birmingham, we were allowed some free time in Leicester Square, where we could eat some dinner and prepare for the 2 hour train ride back home.

We all thoroughly enjoyed this trip and we look forward to experiencing many more in the future.

By Naomi Okafor and Freya McGuire 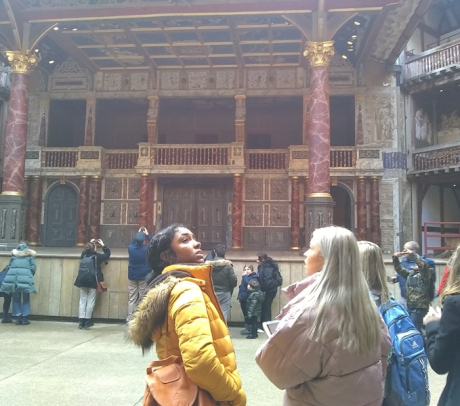 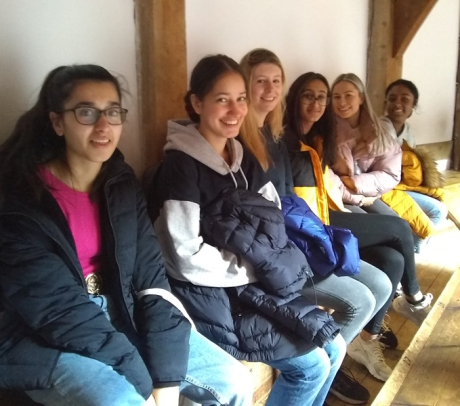 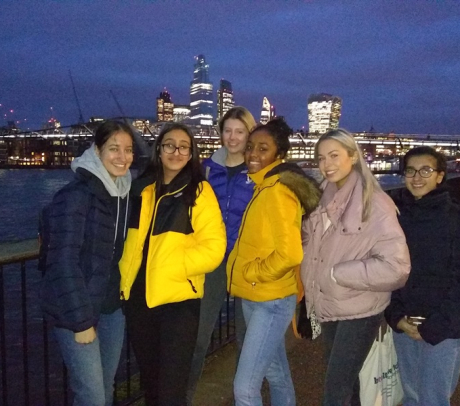