Monday 1 November marked the launch of the Senior School’s sponsored swim in support of the Royal British Legion’s Poppy Appeal. Led by Mrs Hayward, staff and student swimmers began the initiative with an early morning swim at the start of the week. The activity will culminate on Friday 12 November, just ahead of Remembrance Sunday.

Through this initiative we will be raising money for both the Royal British Legion and the South Tyneside General Hospital which have supported veterans of the war, young and old, throughout the pandemic.

EHS is proud to support the Poppy Appeal every year. We have links to serving and ex-serving Members of the Armed Forces and the school has even played its own part in past war efforts too. During the Second World War, the school in its original position on Hagley Road was transformed into a safe haven, converting cellars to be used as an air raid shelter and dormitories for the girls. There were 77 raids on Birmingham and the school suffered broken windows and incendiaries in the garden. EHS was eventually evacuated for the Autumn Term 1939 to Stroud during what was known as ‘The Phoney War’. But as girls drifted back to Birmingham, so did Miss Casswell the Headmistress. After a short time she made the brave decision to bring the school back to Birmingham and it carried on throughout the remaining years of the war.

61 miles is the distance girls covered on their return journey from Stroud to EHS and, to mark this, we have decided to ask swimmers to complete a total of 61 miles between them.

Students will be making their contribution to this total by swimming a realistic distance of their choice, and participating girls may take part in the swim in their P.E. lessons, in designated co-curricular sessions or in other out of school training sessions.

We are delighted to say that with one week still to go the swimmers have already blown their target of 61 miles out of the water, having swum an amazing 95.1 miles between them!

Anyone wishing make a donation to the efforts in the final week of the sponsored swim can visit the Go Fund Me page here EHS Sponsored Swim. 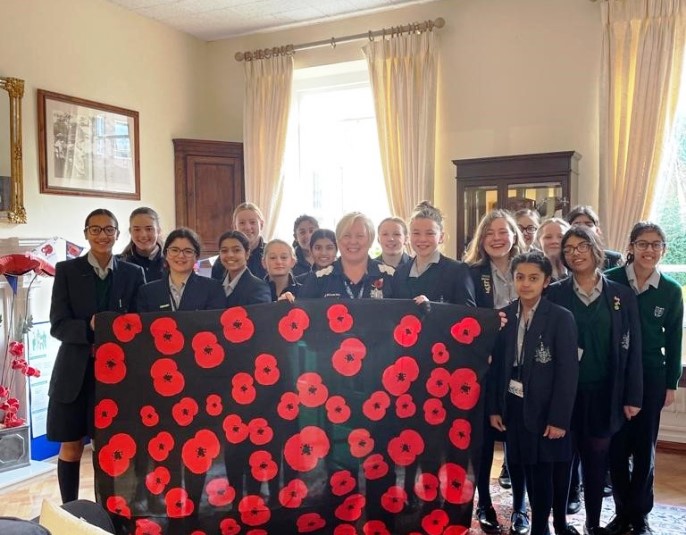