Sisters take on the Unity Games

During the Christmas holidays, sisters Hawra and Abida were given an opportunity to play netball as part of a community sports festival in Dubai. Hawra gives her account of a fantastic experience of friendly sporting rivalry and the forging of new friendships.

“The Unity Games takes place once every four years in Dubai. It is a community tournament which brings global members of our community together to strengthen bonds of friendship. This really was the case and we created bonds that will last a lifetime.

“We were very kindly welcomed by a team from Essex and began training with our squad in Autumn. We quickly gelled and were ready to take on our competition when we got to Dubai.

“After much anticipation, the opening ceremony took place on Christmas Eve, where we met teams participating in a variety of sports such as football, badminton, table tennis and volleyball. Over 750 participants and supporting family members took part in these events and came from a variety of countries: Mombasa and Nairobi in Kenya, Mwanza and Dar es Salaam in Tanzania, Toronto, Mumbai and Orlando to name but a few. The evening was filled with food, laughter and nerves for the upcoming competition.

“The next four days were packed with matches, unique team chants, a few minor injuries but lots of fun. The atmosphere was incredible, and it was an experience that we will never forget. We played competitively and made it to the semi-finals, where we only lost to the two eventual finalists, Stanmore Jaffery Queens and Dubai Slayers. We were disappointed not to win, but proud of our team’s performance and progress.

“Sunday 29 December saw the closing ceremony, where all of our achievements were celebrated. We were pleasantly surprised to learn that I had won the award for Most Valuable Netball Player of the tournament and that our Essex team had won the prize for Best Discipline on court (which came with a lovely cash prize!).

“A huge thank you to the PE Department and our netball club, Grasshoppers, for always encouraging my sister and I in our netball pathways and to our Essex team, without whom none of this incredible experience would have been possible.”

Sisters take on the Unity Games 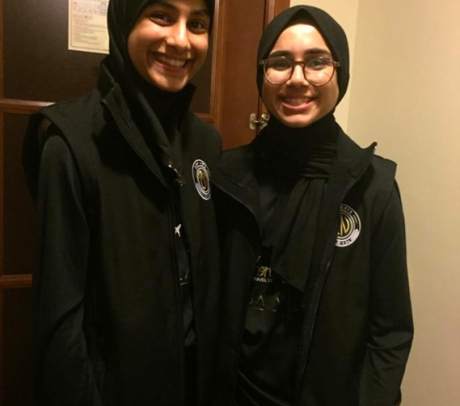