Thursday last saw our first Teatime Concert of this year when 34 Year 5 and 6 girls performed in front of a packed audience. We were treated to a range of musical pieces performed on different instruments, including voice, flute, piano, guitar, cello and violin.  It was the perfect way to end a chilly autumn day.

On Friday evening Sofia and Nadia, our Head and Deputy Head girls, attended the Senior School Speech Day at the Great Hall of Birmingham University. They presented flowers to the speaker, Laura Chung, and represented the Prep School extremely well.

Saturday evening brought another experience when EHSPA held their annual fireworks party on Prep playground.  The weather was wet but this did not dampen the spirits and the fireworks were, as ever, spectacular.  There were a number of stalls too selling glowstick items, hot and cold drinks, candyfloss, popcorn, sweets and cakes and delicious hot food.  We were delighted that so many people attended.

This week began with an assembly to mark Armistice Day.  We noted that it had been 100 years ago that the first Remembrance Day had been held, when King George V was on the throne.

We have been able to celebrate a number of individual and group successes this week. We congratulate the Year 6 netball team on a win in their first league match of the season against St. Peter’s C of E School and the Year 5 and 6 Swim Squad members who swam well against St Martin’s School. There were awards presented to our Year 1 and 2 girls for their classroom endeavours and Head teacher’s certificates for Ruqayyah and Daria for their Independent creative writing.  Anna Yang received a medal for Street Dance and Lucy Donelly was presented with a trophy for her third and fifth places in her first Ballroom and Latin Solo Competition.  Well done to all.

Our younger pupils in Key Stage 1 have been busy during the week.  Year 2 have been enjoying a range of classroom activities including learning times tables and finding out more about Remembrance Day in History.  In Year 1 they have been using their design skills combined with their science knowledge of materials to design a window whilst collaborating with a partner.

We have ended this week with a trip to Tamworth Castle for Year 1, a drop-in exercise session for parents and our Children in Need activities, all of which we will report on next week.

Next week we look forward to welcoming visitors to our Prep School in Action morning on Tuesday.  There are also invitations for Nursery parents to join us on Thursday morning to celebrate Nursery Rhyme Week and to Year 1 parents to enjoy 1B’s class assembly on Friday. 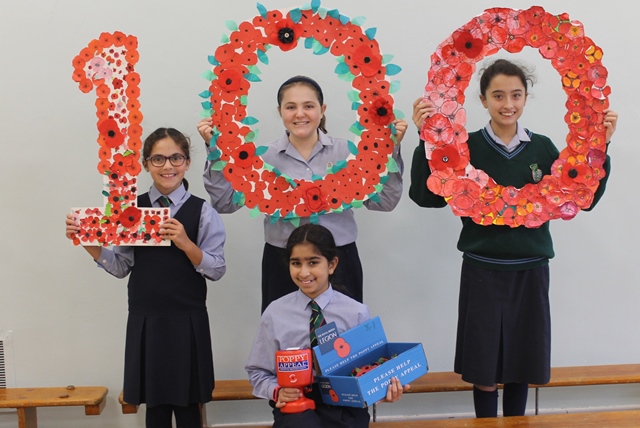